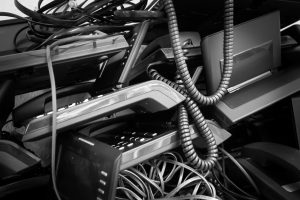 We will tell you how different countries in order to take advantage of the largest number of components give a special treatment to the techno-trash, for example in Japan certain recycling standards that were established in 2001 are followed. The metals that form the gravel that comes out of the shredders are then separated according to their weight and are used to manufacture components for new household appliances. There are currently 47 recycling centers for electrical appliances in Japan.

Before being placed in the shredders, the components that may be harmful to the environment and the plastics that cannot be reusable are extracted from each device. 80 percent of a refrigerator, for example, can be reused. And they are currently investigating how to use the remaining 20 percent.

The companies, in addition to having the need to reuse the parts of the appliances, have become aware that electronic waste has become a serious problem . Although there are no official figures to know exactly the amount of technological waste, according to different sources the figures have reached 20,000 and 50,000 tons per year. Electronic and computer devices have become one of the main consumer objects of society, which also presents a growing tendency to be used and thrown away.

An investigation by Greenpeace establishes:

“Electronic waste is currently the fastest growing component in the solid waste field, because people switch much more frequently than before to cell phones, computers, televisions, audio equipment and printers.”

This same research tells us that in the most developed country, the average life span of a computer went from six years (in 1997) to only two in 2005. Technology is changing and has become more and more accessible, which is why equipment replacement times are getting shorter and shorter.

A worrying example of what happens with electronic waste is what happens in the city of Giuyu ( China ). This city is considered the main toxic city in the world, where slums and piles of techno-waste come together to form an inseparable whole. In this population, dizziness, ulcers or gastritis have multiplied in a more than considerable way, as well as high levels of lead in the blood, from which not even children are free.

We must bear in mind that Giuyu is the best known case, but it is not the only one not long ago, a Chinese newspaper that that country is the largest dump of electronic waste in the world and gave as a source a work carried out by the Academic Commission of the Center of Environmental and Economic Policy Studies, according to which it could be the recipient of up to 70 percent of the techno-trash produced on the planet. 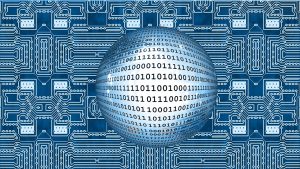 In 2005 the European Commission promulgated the WEEE directive (Waste Electrical and Electronic Equipment) to establish the way in which these devices should be used, restricting the reuse of substances that are dangerous in their manufacture and promoting the recycling of the highest possible percentage of its pieces. Since July 2006, materials such as cadmium, lead and mercury have been banned.

Unfortunately, in many cases the laws are circumvented, and the Basel Convention cannot prevent the illegal export of techno-trash. At the Osaka plant they limit their activity to products whose recycling is limited by Japanese environmental law. This one, like many others, is a good example to follow.

There are also other wastes that are not reused because they simply never make it to the recycling process . This is the case of floppy disks or video tapes, they are going to the trash without anyone taking any action. Videotapes are solid fuel that you could burn and use.

A change in general behavior could be a more effective remedy than thinking about recycling.